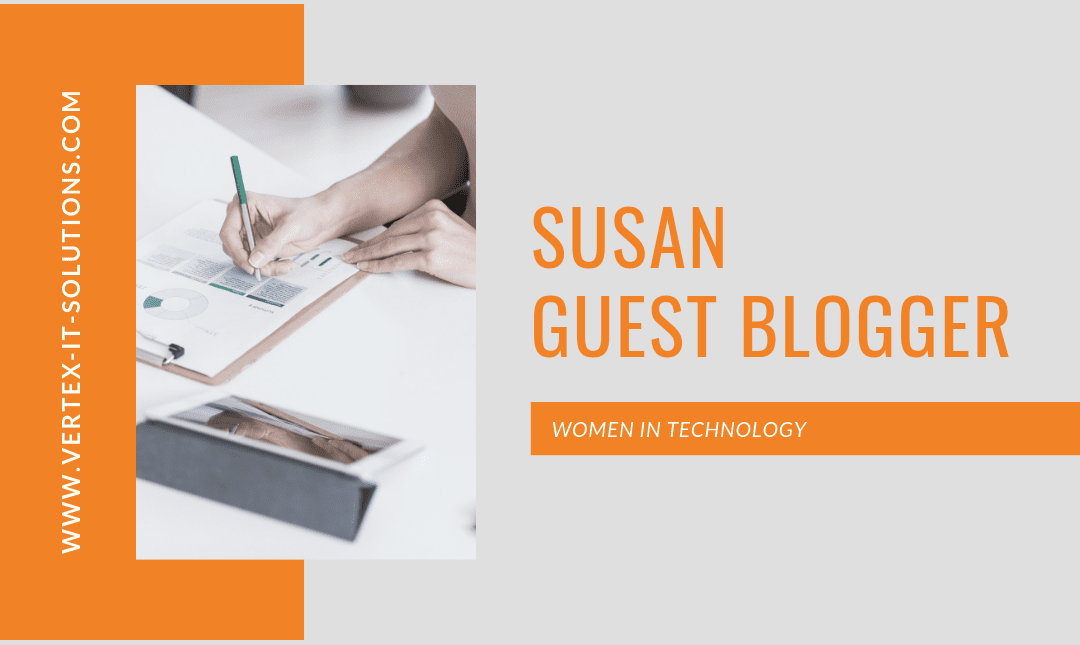 Wife, Proud Mother, grandmother to 3 beautiful girls, IT Support Engineer and Owner of 2 up and coming businesses that I am very proud that I created myself! And not forgetting I did it all on my own!!

I have been in IT as an IT Support Engineer for 15 years. Previous to this I started life as a secretary working my way up the ladder to an Executive Assistant working at Executive Board level.

Whilst I was happy in this role for many years it became apparent after having my children and going back to work that I wanted a more fulfilling role. I found myself helping my working colleagues out when they had problems with their pcs and printers

Soon I realised I wanted to learn more. I decided to take up an HND in Software Engineering which I studied for 2 nights a week whilst working full time.

6 months down the line I started knocking on the door of my IT department where I worked. I was not successful with 2 jobs I was interviewed for. I had a feedback meeting with the Manager who interviewed me and he said I interviewed well but needed to keep keen and keep trying. This started to dishearten me as I was now very keen on moving careers.

However, I kept going and kept my spirits high. Then I saw they had another post come up. I applied and I was successful!

I was so happy! Yes I finally was going to do something completely different and also something I enjoyed.

I finally left that role 4 years later having learnt lots about PC and laptop building. The hardware side replacing hard drives, memory, motherboards etc and supported members of staff to the total of over 3,000. In lots of systems as it was NHS.

I then worked for a local University as their sole Hardware Engineer. This involved getting an SLA (Service Level Agreement) turned round from 20%. So any improvement to the University was going to be good. I was the sole Engineer for the whole Uni. It has over 21,645 students and 2,915 staff and covering two campuses. I turned the SLA around in 2 months and had 99.9% SLA levels. I left this post purely because the post was up for tender and there was no guarantee that I would get the job. I had a mortgage to pay hence I got another job.

I then went to work for a Healthcare company. I found myself working alongside a very male dominated job. My job here was a Picture Archiving Software Support Engineer supporting the NHS.

(For what reason I have no idea. But this was the same as when I was at college there were only two women on my course for 3 years and I was one of them. I went to the US and was the only woman on a 3 week course with 16 men.) No idea why other than IT can be perceived as a grey area unless you know someone in the career.

I worked there until the travelling got too much for me I found myself travelling the length and breadth of the country and this was not what the job was sold as. It was supposed to be covering my county and the county next to us.

I then went on to become a Network Manager for a local school. This gave me sole management of the whole network and purchasing of equipment and software.

I then moved on to work alongside 2 other IT support Engineers locally and worked in this job for 9 years. This was supporting students and members of staff. Providing 1st, 2nd and 3rd line support. Also working with Macs and Windows 10 and server support.

It then became evident that I was getting to the stage in life where I wanted to move into upper management. Unfortunately for me there were not many positions available where I live.

Therefore I chose to leave my current post and pursue a new venture. However, I still use IT and keep updated and abreast of things every day in my new career.

I am now happily working with my own company and also am just starting up another company which involves me designing bespoke websites for small businesses.

This is my story of getting into IT. I absolutely love the day to day changes this field can bring to you. Things are evolving every minute and it is so exciting to get involved with IT!

I am still heavily involved with this field and from a woman’s perspective if this field interests you albeit, hardware support, programming, software support go for it! I did and I am now 60!

I was brought up in the age where women got married, settled down had children and just got themselves a pin money job. However, it then became apparent that women needed to work as well to bring in a decent amount of money to pay the mortgage, put clothes on the families backs and feed them.

If I had my time again, I would either do this or become a Barrister. I have realised late in life that I am a lot cleverer than I ever thought possible. So do not let the field which is dominated mainly by men stop you doing what you love!