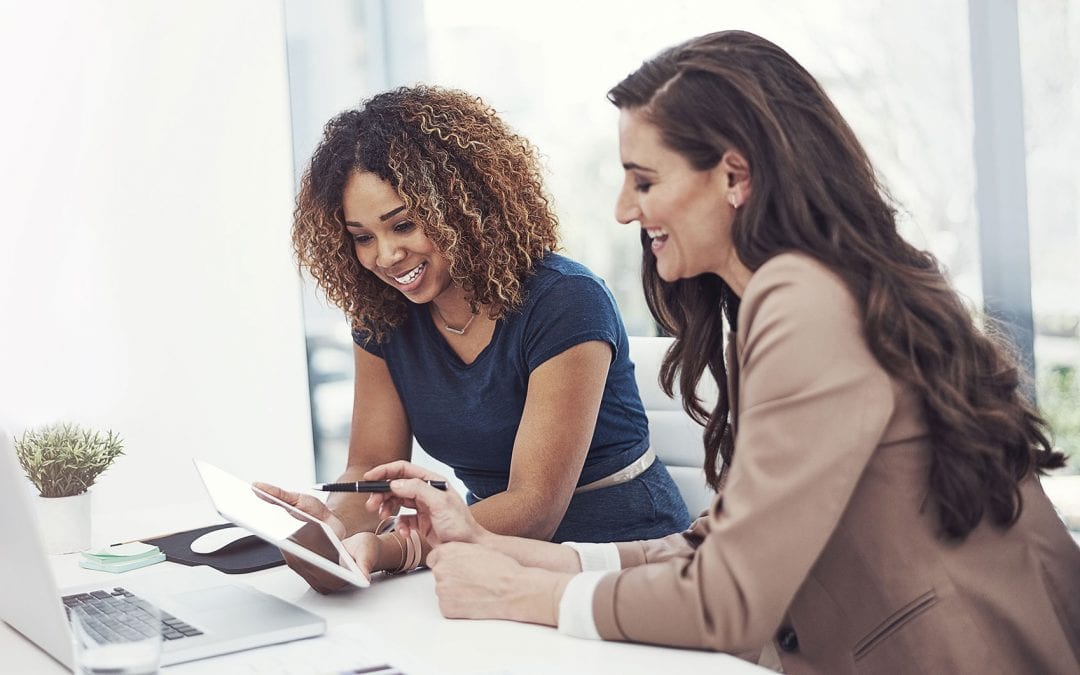 When thinking about the tech industry many have associated it as ‘boys and their toys’, with companies not giving women a chance and leaving them underpaid, unsupported and the victim of everyday sexism. The challenges that women face to get a foot in the door are getting marginally better however it needs to be proactively focused on. In 1991 the number of women in tech was at 36% however now in 2018 it is only 17%; it is important we look at the causes of so many women leaving the industry and how it can be changed. The following statistics may explain some of these numbers; women under the age of 25 earn 29% less than their male counterpart and also get lower salary offers than men for the same job at the same company 63% of the time. It has been found that when applying for jobs, men will happily apply even if they feel they are only 60% qualified whereas women will only apply if they feel 100% qualified; many don’t want to go into a role already feeling less than they should and therefore leave the talent pool heavily gender biased.

Salary negotiations leave men far more likely for an increased offer than women. Women generally don’t try to negotiate their salary as they have been conditioned into thinking that they will get the job offer rescinded. Many believe that negotiations should not be allowed from either part and that results can be caused by bias from the hiring managers.

Regarding start-up companies, only 5% of these are owned by women, this low number may be due to the lack of representation in the industry. On the other hand for men, when they are looking to hire for their recent start-up it is likely they will hire yet more men. This is because hiring managers tend to hire similar people to themselves; those with similar tastes, hobbies and personality traits which therefore leads to heavily male companies.

The wording of job descriptions can make or break the diversity of the candidates that apply. Most are written with mainly masculine words that come across as aggressive and when women read it, they associate it with an environment they would not feel comfortable working in and it perpetuates gender inequality. A gender decoder has been built by Kat Matfield in order to determine if your job ad is hindering your applications. When writing a job description it has been found that words that appeal to women also appeal to men; so the number of men that apply shouldn’t be affected.

Since the law passed in the UK for companies with staff in excess of 250 to demonstrate their pay gap, it may be a lot easier to appeal to those women thinking of working for you. If you can show that you care about equal pay for your male and female staff then prospective employees will see this and the effort being made for women in the industry.

It is slowly being realised that companies that offer the same opportunities to men and woman are actually performing better than those who don’t. It was found that Fortune 500 companies had an increase of 53% on the average return on equity and also a 66% increase on invested capital returns when they had at least three women in executive roles. These facts should therefore, push companies with heavily male boards and executives to start hiring women as it favours profitability.

Unconscious bias is an inherent part of learnt decision making. Throughout our lives, we associate certain jobs being done by specific kinds of people and this carries through to a hiring process. These behaviours need to be addressed by companies in order for applicants to see that they are actively trying to rectify the situation and not brushing it under the rug. A goal is for those people to become self-aware and therefore become able to avoid the subconscious urge. When looking at two people who are equally qualified for the role it is common to assume the woman cannot do it as well as the man and therefore he is offered the role, women need to be offered roles that will push them just as much as it would men.

It is important that at a senior level diversity is widely understood, this will increase the scope for fair and diverse hires. If it appears you have attempted to show diversity by hiring a token white woman into a department or panel, women will see right through it. It is crucial to show that people of colour can also progress through the company which shows that the company is fair and not bias.

Being transparent about available maternity leave and flexible working as these topics are unlikely to be brought up by women, as it is not felt they should have to ask about it. Demonstrating that senior people in your company utilise flexible working hours such as part-time or maternity leave will help to instil confidence in women at the company. When women have to ask about these kinds of topics they are worried they will come across as not committed to the company, therefore having them laid out to all employees (without affecting their careers) shows as a company you care about the employees there. Furthermore, clarity about the culture and practices at the office will make it far clearer to those just starting or looking to start. It could be that your employees work hard throughout the day but leave on time or alternatively they regularly leave the office at 7 pm or so. Both practices work well but even better when it is clear to all what is expected of them so they can make a clear and informed choice.

Interview panels are particularly important in that first face to face impression. When women don’t see another woman at all during their interview process it outlines that it is perhaps not the place for them; as there is immediately a lack of representation. When constructing your interview panel, aim to make it just as diverse as the talent you are looking for, being able to reflect their abilities in your company already will make them feel more inclined to take the role.

Overall these qualities are attractive to not only women but they are becoming increasingly attractive to men too, not to mention most millennials will expect this at the very least. Making the effort to become more appealing to women will undoubtedly give you a better choice of talent overall.

If you have a story to tell about your journey in the technology industry, feel free to fill out this short form to tell us all about it! Become an inspiring ambassador for the tech women to come.